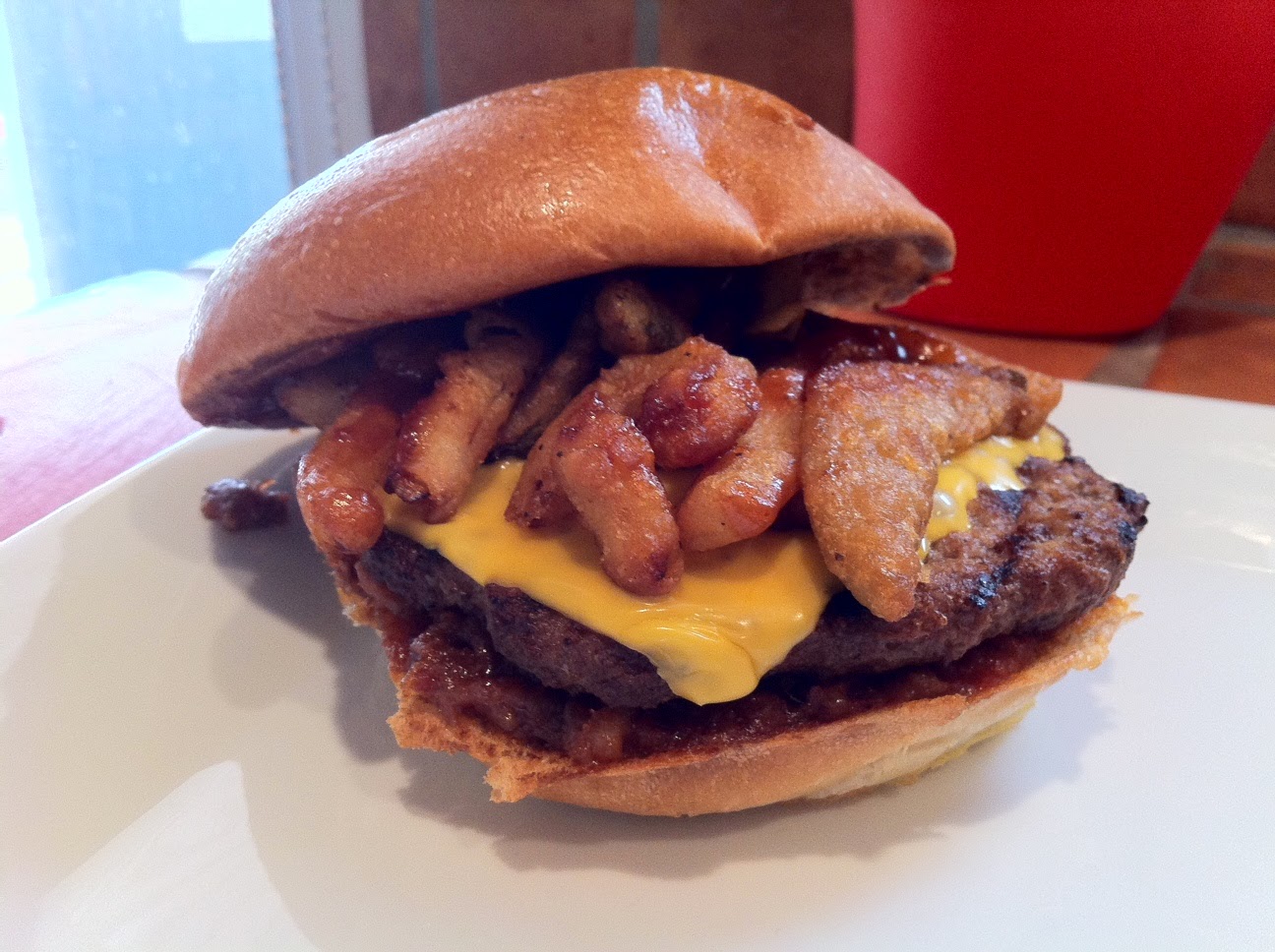 Texas BBQ Thickburger at Carl's Jr.
carlsjr.com
D
What's on the latest monstrosity from Carl? A third-pound Black Angus beef patty (or a half, if you like), American cheese, "smoked brisket" in cloying "mesquite BBQ sauce" and fried jalapeño and onion bits. The brisket goes on the bun first, a mushy amalgam of fat and sugar. There's no trace of the guilty pleasure satisfaction that comes with putting additional meat on a cheeseburger. Carl's Jr. makes what is probably the best-known barbecue burger on the planet, the old Western Bacon Chee, so it's kind of disappointing that this adjustment—brisket for bacon, fryer leavings for onion rings—is so much crappier. But then again, it's certainly not surprising. I will say this: the new buns at Carl's are an improvement. A tiny improvement, but progress all the same.