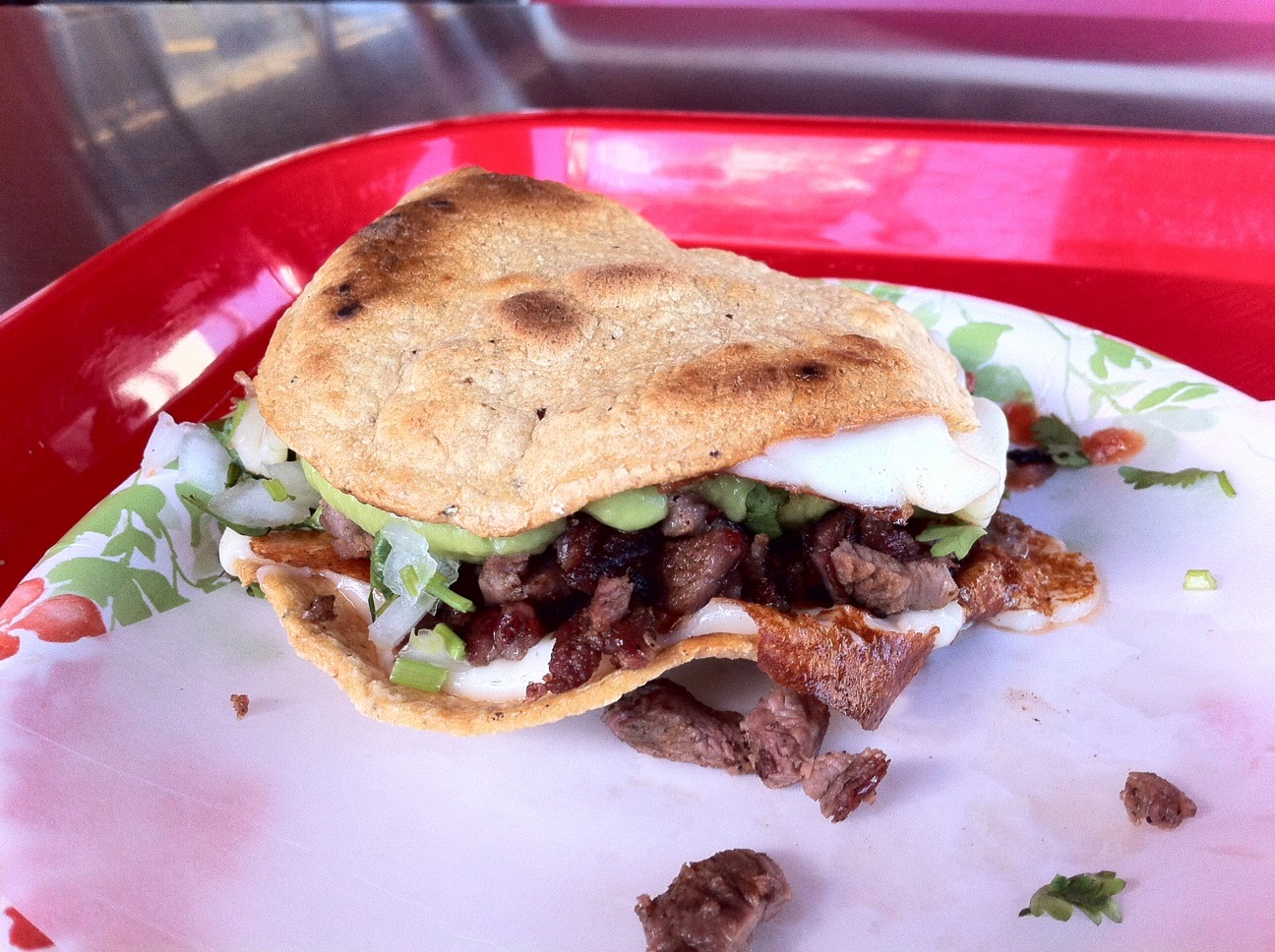 Vampiro at Tacos El Gordo
tacoselgordobc.com
B-
There are people who try to tell me a burger isn't a sandwich, or a hot dog isn't a sandwich. That's just illogical bullshit. There will be someone telling me a Vampiro isn't a sandwich, either. But look at it. Furthermore, if those crispy corn tortillas were soft, would it be more of a sandwich? What if they weren't tortillas at all, but some other form of the same corn masa, perhaps griddled into a cake and used as bread like a Venezuelan arepa or a Mexican gordita or a Salvadoran pupusa? What then, hater? Would it be sandwich enough for you? That's what I thought. Instead of arguing with me, go to Tacos El Gordo and enjoy this crunchy creation, which I filled with caramelized carne asada to go along with toasted quesadilla cheese, guacamole, salsa, cilantro and onions. It's not as easy to handle as TEG's sublime tacos, but you're probably eating here because you're drunk/hungover, and a Vampiro is just as much fun. Maybe more.