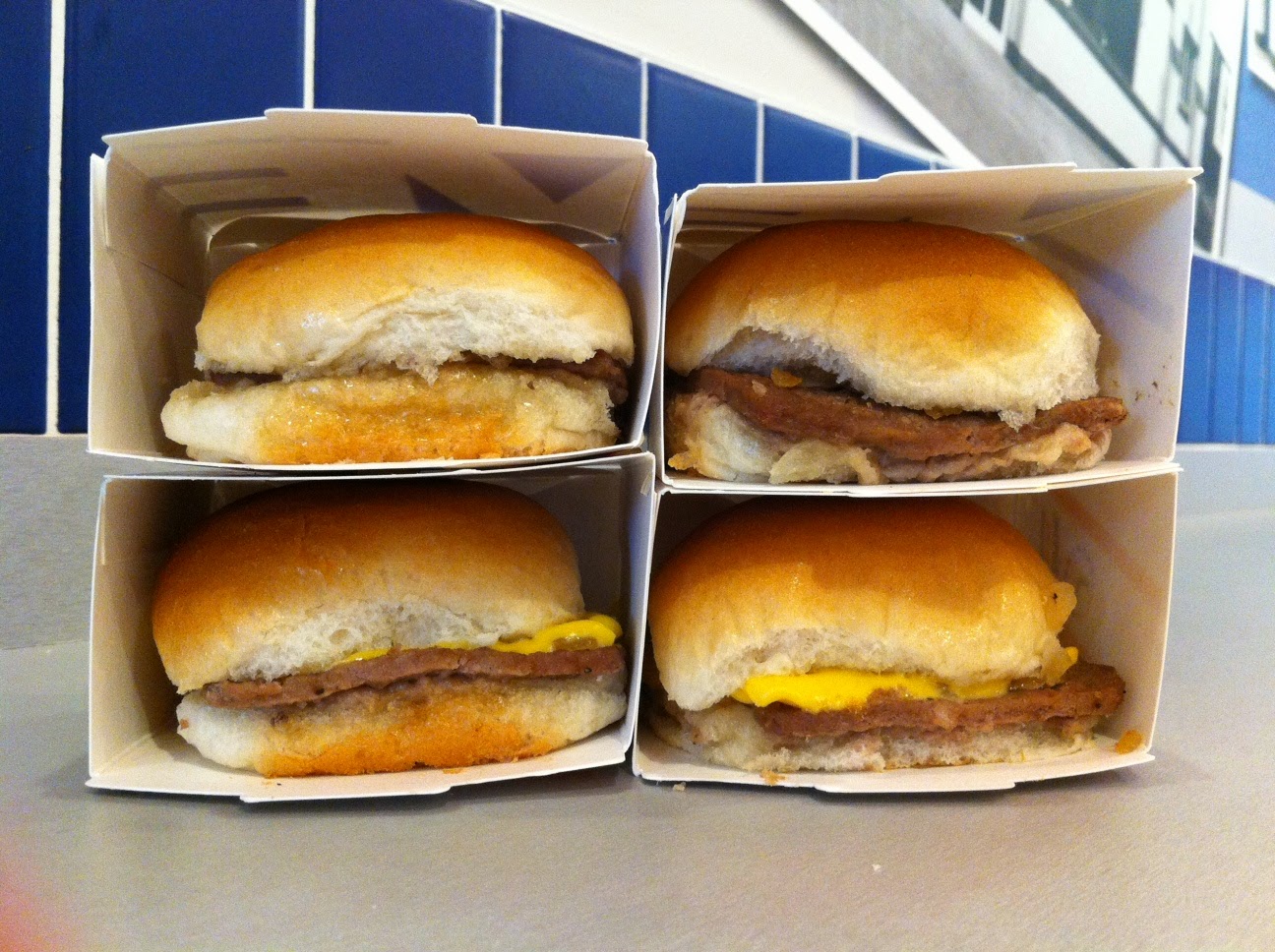 Original and Cheese Sliders at White Castle
whitecastle.com
C+
How did I go almost 40 years without ever eating a single White Castle slider? Easy. I'm a West Coast guy. I've never even been to New York. Could I have just grabbed some frozen White Castles at the grocery store and gone to town on them one night when I'd had too much to drink? Sure. Could've. But I never had the urge because hey, they look disgusting. And now that White Castle has opened an actual restaurant smack in the middle of the Las Vegas Strip, I can see that the authentic version also looks nasty. But I have to admit—they are quite tasty, in their own disgusting way. You already know this. Everybody already knows this. The main strength of the White Castle slider is its perfect proportions of meat to stuff to bun, and the fact that it's small enough that you will have finished it before it has a chance to get soggy. This is the most onions you could ever fit on a sandwich this small without being able to see any actual onions. And then there's the one pickle, which just doesn't make any sense. Adding a square of nuclear-yellow American cheese is a great idea, the tang blending into all that onionyness and doing what it always does to cheap ground beef—masking its shortcomings. After my first few bites, it's easy to understand why these things are so famous and how they've become beloved. But that doesn't mean White Castle sliders are legit sandwiches.