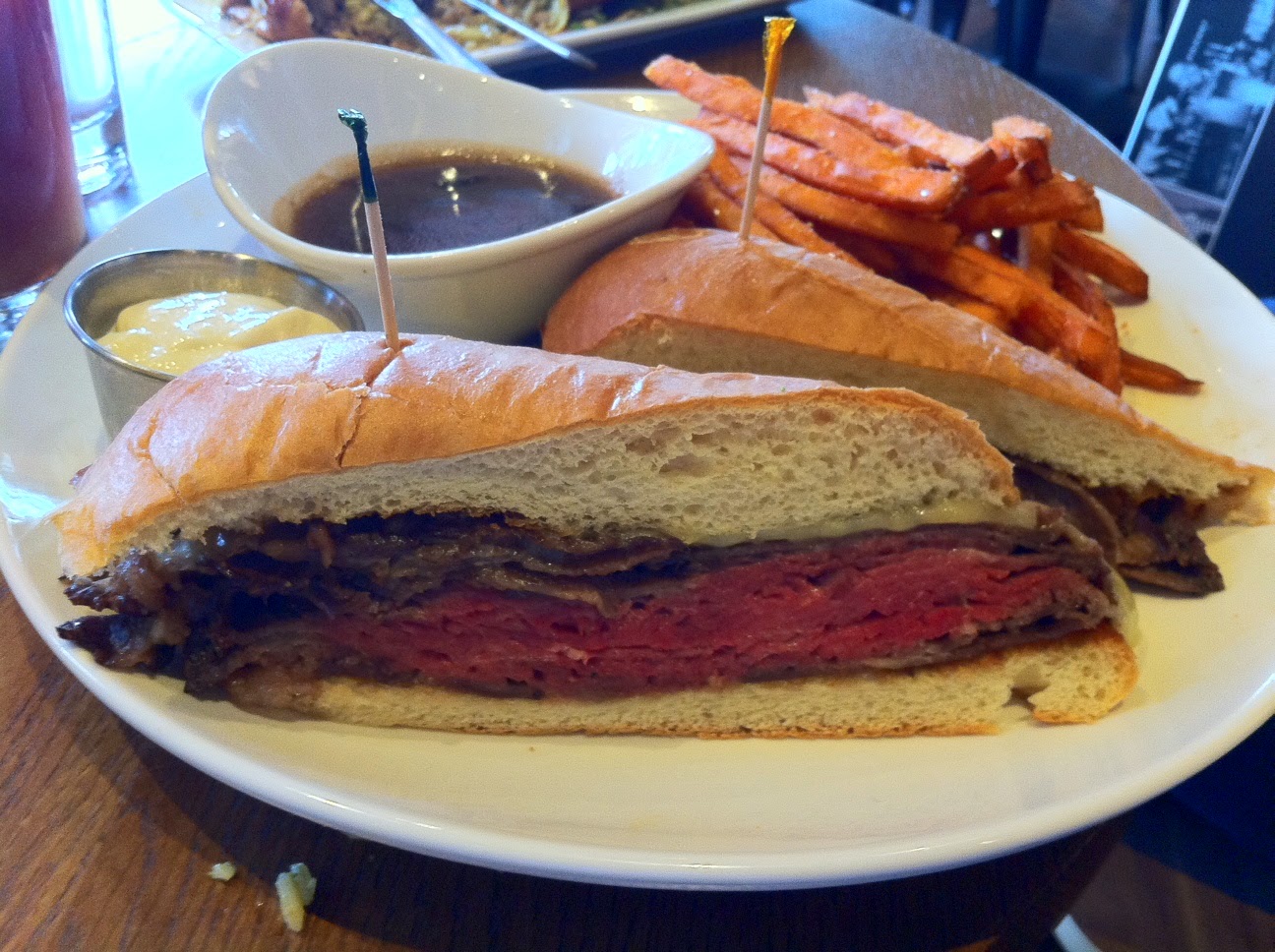 Prime Rib Philly Cheesesteak Dip at Tom's Urban
tomsurban.com
A
Maybe you've never been in a sandwich situation where you had to choose between a French dip and a cheesesteak, because maybe there aren't many restaurants that offer both. At Tom's Urban—or at least the new Las Vegas version of Tom's Urban, which unsurprisingly takes things to a whole 'nother level—you get to have both sandwiches at once. How about 12 ounces of rare, thinly sliced prime rib on a buttered brioche roll, ready to dip into a seriously savory beef demi-glace jus? How about adding on havarti cheese and grilled-to-caramelization onions? Okay, maybe it's more dip than Philly, but it brings the melty goodness you want from a cheesesteak, plus that undeniable satisfaction that comes from shaved beef, gooey cheese and grilled onions. It's a killer. It's one of those sandwiches where there seems to be no way to eat more than half, but you're going to keep going because it's just that good. We're coming back to Tom's. This guy knows how to sandwich.