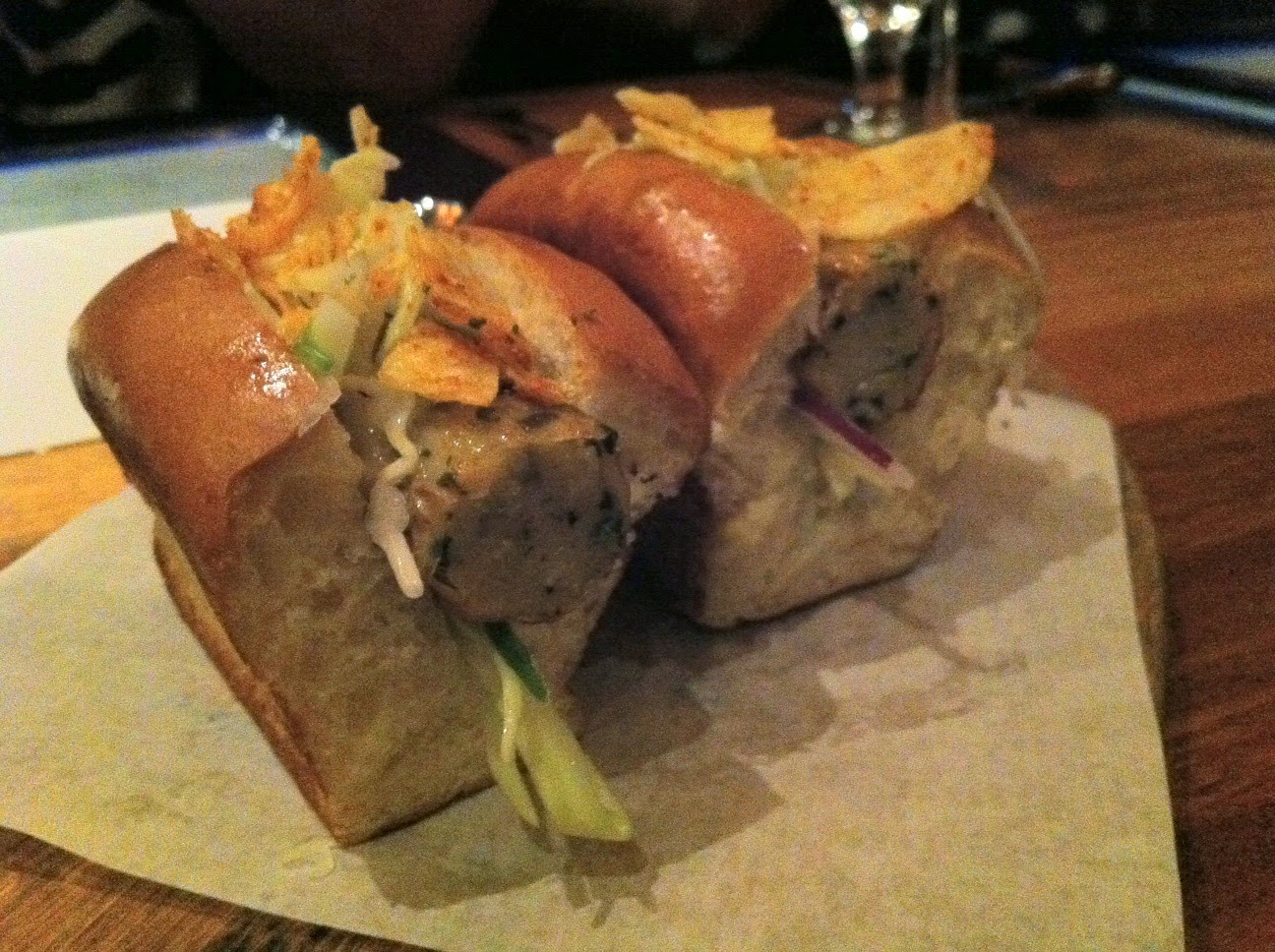 Moon 'N' Doggie at RM Seafood
rmseafood.com
B+
You can't eat this. The Moon 'N' Doggie was created by celebrity chef Rick Moonen during his competitive appearance on Top Chef Masters and has made appearances at several different venues as a one-time menu special, including at tennis' US Open a few years back. We finally got to devour one when it popped up on Moonen's limited time 10-year anniversary menu at RM Seafood at Mandalay Bay, and it's pretty damn addictive. The roll is a toasty, buttery bun that you'd normally find embracing a lobster roll. The sausage is made chiefly with shrimp, with some herbs and seasonings mixed in to create mild, delicious flavors. It's topped off with a crisp Asian slaw and some crunch togarashi chips, making it feel much more like a familiar hot dog than a sublime seafood creation. It satisfies in all the right ways, but there's no guilt associated with eating this dog. It's just too bad you can't find it on the permanent menu.