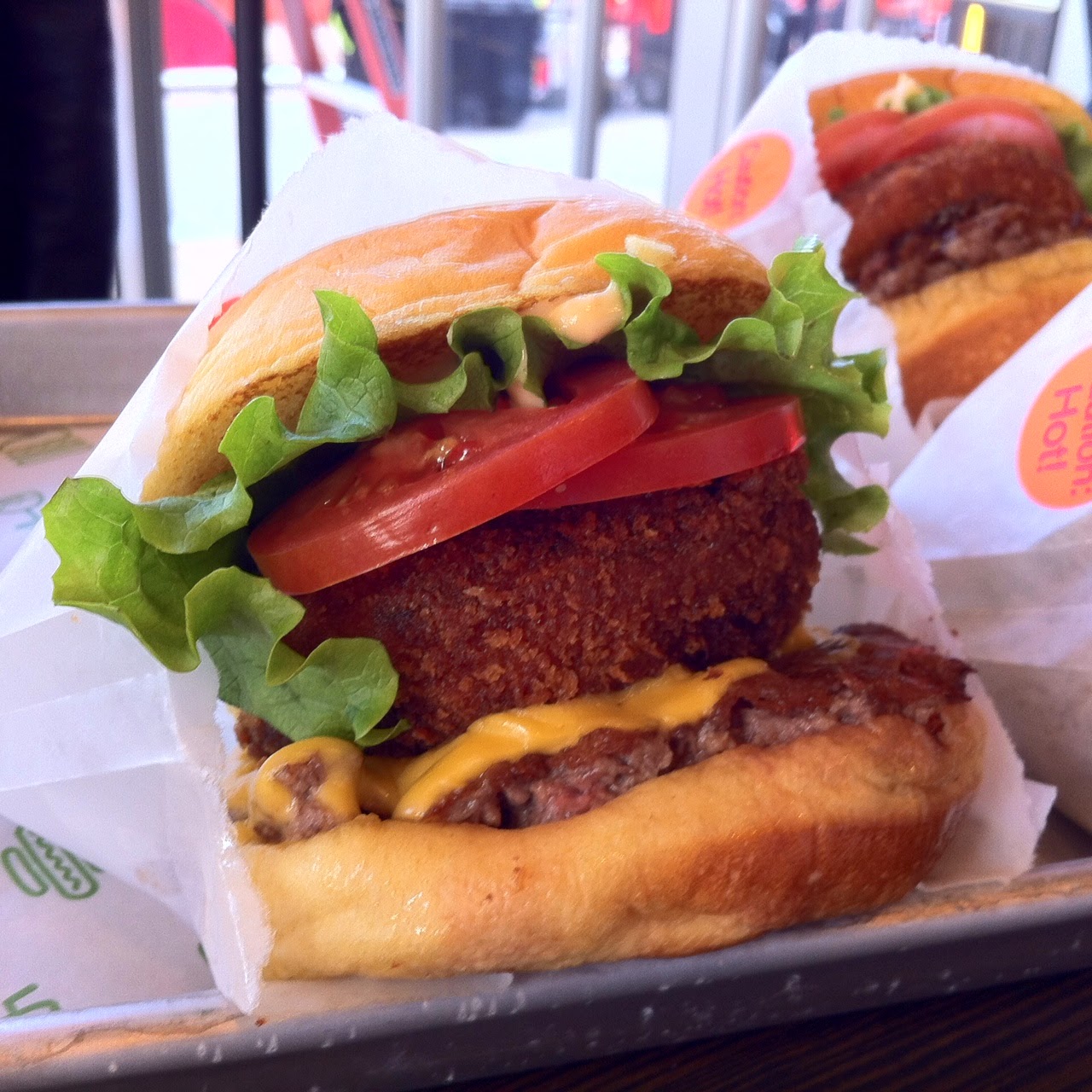 Shack Stack at Shake Shack
shakeshack.com
A
Compared to pretty much every other burger joint—especially the much-hyped ones here in Las Vegas—Shake Shack is decidedly sane. Logical. Rational. Simple, even. I mean, you could say the same thing about In-N-Out, but they've got that secret menu stuff, Animal Style and Four-By-Fours and all that, and that's pretty crazy. Shake Shack is not crazy. Until you find your way to the Shack Stack, the only insane item on the menu. It basically slaps together the standard, delicious Shack Burger with the Shroom Burger, which is (laughably) the Shack's vegetarian option: crispy fried portobello mushroom caps filled with gooey, molten muenster and cheddar cheeses. Maybe it's vegetarian, but it certainly doesn't eat like something that's supposed to be better for you. Anyways, put the Shack's melty-cheese-topped Angus beef patty under one of those crunchy, explosive portobello pucks of glory—and put it all between the puffy bun with lettuce, tomato and Shack Sauce—and you've got a cheese-messy, wonderful accident waiting to happen. It's silly, but it's good. It might not be what you go to Shake Shack for, but mix it up sometimes. Keep it interesting.